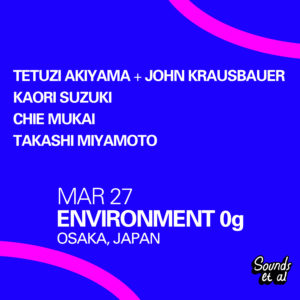 John Krausbauer and Kaori Suzuki are both touring throughout 2018 in support of albums Newsun and PDRM.

This show is at Environment 0g in Osaka, Japan.