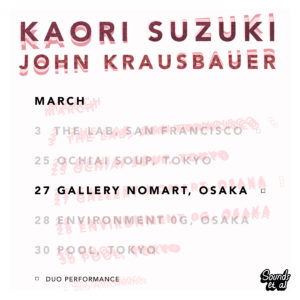 This show is at Gallery Nomart, a contemporary art gallery, printing and design studio in Osaka, open since 1989.