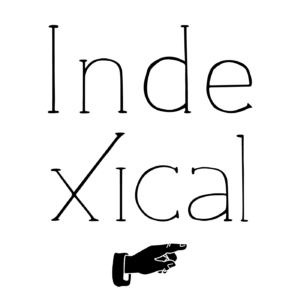 As part of their 2017 tour, Samson Stilwell and Roarke Menzies perform live alongside Ashley Bellouin and Ben Bracken, at the Radius Gallery, Santa Cruz, CA, as part of the Indexical series.

Ashley Bellouin’s work explores the merging of sound art, electro-acoustic composition, and instrument building. She focuses on the studies of sonology, psychoacoustics, and the interaction between sound and architecture. Her compositions emphasize and exploit the sonic potential contained within a single musical gesture, regularly using electronics to develop latent qualities. Spatialization, beat frequencies, auditory illusions, and microtonal tunings are frequent compositional tools.

Ben Bracken makes music and installations with acoustic and electronic sounds. His work oscillates from performance to installation, often blurring the lines between the two. The location of the event becomes an active participant, intimately shaping the nature and direction of each work. His previous musical groups include Flashpapr, Remote Viewing Ensemble, and Date Palms. Ben has improvised with Le-Quan Ninh, Kevin Drumm, Peter Kowald, Chris Cutler, Phil Minton, Werner Dafeldecker, Fred Van Hove, and Johannes Bauer, among others. He often collaborates with filmmakers and visual artists including Paul Clipson, John Davis, Chris Fraser, and Kerry Laitala. Currently, Ben collaborates with Ashley Bellouin on performances, recordings, and installations with handmade instruments and electronics. He resides in Oakland, CA, and works at Cycling ‘74, the developers of Max, a digital signal processing software environment.