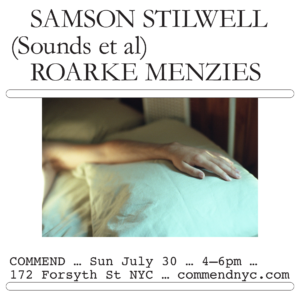 Samson Stilwell is touring in the wake of a new release on Sounds et al. Alongside traveling partner Roarke Menzies, they will perform blissful music at Commend.