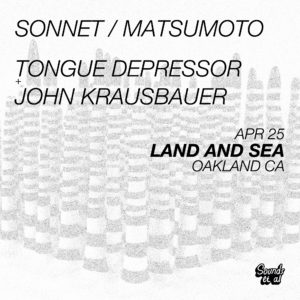 This show is at Land And Sea, in Oakland CA.