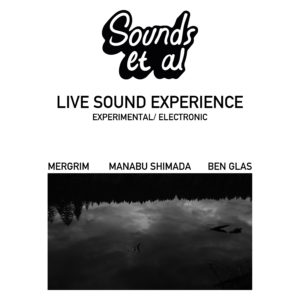 Mergrim is a solo project by Takahisa Mitsumori, a musician born in Takaraduka Hyogo. He is the owner of Electronic music label moph records, and has release 4 albums with solo / unit / live remix album etc. He is also the booking director of the club KGR ‘n in Kagurazaka Tokyo. The latest work releases “Hyper Fleeting Vision” from PROGRESSIVE FOrM x moph. He moved to Berlin in 2017 and has entered into the production of new work.