pieces for her (Album Launch Party) 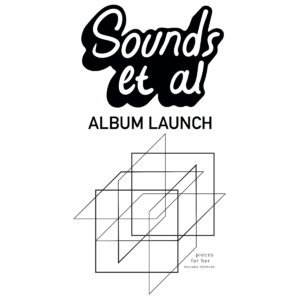 Sounds et al is hosting an album launch party to celebrate our latest release:
manabu shimada — pieces for her

We’ll be playing records, hanging out and serving free drinks…what’s not to like!