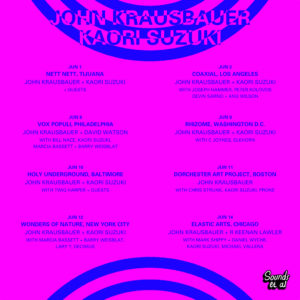 This show is at Elastic Arts, Chicago, with other performances from Mark Shippy + Daniel Wyche and Michael Vallera.