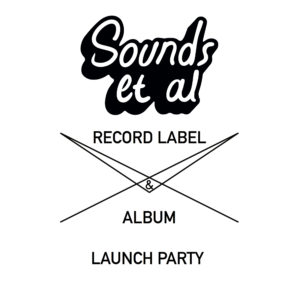 Sounds et al is hosting a launch party to celebrate the launch of the label, and the release of our first album:
Grasscut — Everyone Was A Bird – Remixed

We’ll be playing records (including the label’s first release) and serving free drinks!!

Grasscut are composer/producer/vocalist/musician Andrew Phillips and manager/musician Marcus O’Dair. Phillips, who writes and produces all Grasscut music, is also known for his soundtrack work (HBO, BBC Films, Channel 4); he has been nominated for an Emmy and shortlisted for an Ivor Novello. As well as managing the act, O’Dair contributes keyboards and double bass. He is also a writer, broadcaster and lecturer; his authorised biography of Robert Wyatt, published in 2014, was a Radio 4 book of the week and a book of the year in the Guardian, the Independent and the Times. Grasscut’s first two albums, 1 Inch: 1/2 Mile and Unearth were released on Ninja Tune, before moving to Lo Recordings for their 2015 album Everyone Was A Bird.