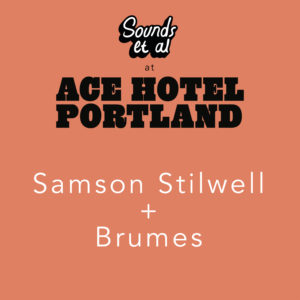 To start off the series, we have two local artists – Samson Stilwell and Brumes.

Brumes is Desireé Rousseau + an array of lovely contributors. Inspired by a lonely autumn, Brumes, was born in a basement as an experimental looped based ambient project in 2012. Brumes has since had rotating contributors and has evolved into orchestrated atmospheric sounds including keys, guitar, harp, vocals and occasional violin.