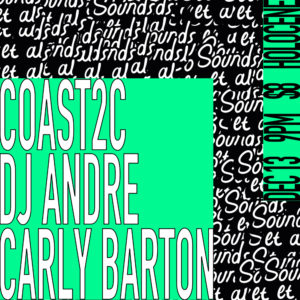 Sounds et al and Holocene present a night of techno and electronic music, with sets from Coast2C, DJ Andre and Carly Barton. This is the third in a series of collaborative, performative events from Sounds et al X Holocene.

Sofia Acosta AKA Coast2C is a multidisciplinary artist, DJ and producer originally from Mexico City. She currently resides in Portland OR. Fluent in a multitude of rhythmic styles, her experience as a DJ spans a decade and has seen her at the helm of large clubs and smalls rooms alike. She brings versatility and tact to the DJ booth, as well as to her curatorial duties as the co-host of the PDX party series, Gran Ritmos. She is an active participant at the artist/volunteer space S1, an instructor at the Synth Library and resident of the Blankstairs collective. Sofia’s selections are eclectic and widely varied, ranging from acid house to noisy techno and synth punk, delivering a dark and powerful set.

Portland’s DJ Andre mixes cutting edge and experimental sounds that are high energy and danceable. Electro, EBM and techno create an aural landscape that is gritty and ethereal.