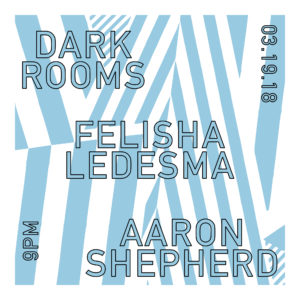 Dark Rooms is the name that Daniel Hart conjured up after years of touring and recording with bands such as St. Vincent, Other Lives, The Rosebuds, Broken Social Scene, John Vanderslice, and The Polyphonic Spree. He became obsessed with photography, and wrote songs honoring that obsession. The band formed in Dallas, Texas, and now reside in Los Angeles, California. Distraction Sickness is their newest album, following up their 2013 debut self-titled release. Distraction Sickness features ‘I Get Overwhelmed’ from A24’s ‘A Ghost Story’. Their songs have been played on KCRW, KXT, The Adventure Club, and various other radio stations and programs around the world.