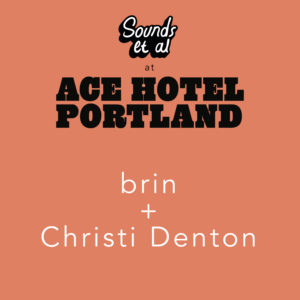 
brin is the current percussion-orientated project of Colin Blanton, also known as Ant’lrd.